In Lieu of Flowers

Last night my mom asked if I would be willing to write my dad’s obituary.  I told her I would be honored.  I have no idea how to write an obituary, much less one that would do justice to my father.  I don’t have much experience with death or the process of dying.  I have never been to a funeral or a memorial service.  No one I have had a close emotional attachment to has ever died.

My dad’s death seems distant both in future and in past.  He is not dead but he is not alive.  I have not seen my dad since Thanksgiving although I have visited him several times since then.  He has Alzheimer’s and he has Parkinson’s and he has no longer been even the smallest part my dad since early December.  My last real conversation with him was about a week after Thanksgiving when he called me up on the phone just to chat, a very un-dadlike thing to do.  He was totally and completely my dad for those ten glorious minutes.  I cut the conversation short just so it would not crumble and end in a heap of confusion.  After that phone call I cried harder than any of those Alzheimer’s phone calls: when he would call and need reassurance that he was ok, that no one was trying to steal his money, or sell his house, or keep him prisoner in a place that looked like his house but was obviously a fake, or a thousand other alternate reality situations that were so real to him.

It was after that one beautiful phone call that I realized just how much I missed my dad.  So last night when my mom asked if I would be willing to write my dad’s obituary, I told her I would be honored.  He can no longer eat solid foods.  He chokes on liquid.  He sits, his eyes closed his mouth open, shaking and non responsive.  There is nothing left to do.  Nothing left to hide behind.  No more conversations about different medicines or ways to give him independence.  There is no more reading about the disease, no more daily stories about the glimmer of the man, for the glimmer and the man have gone. 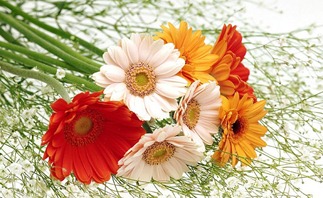 There is nothing left to do but to wait and let him die.  This might just be the hardest part.

I am an elementary school teacher, a former microbiologist, a mom to a herd of two boys, and a grilled cheese sandwich and beer connoisseur.
View all posts by Shoes →
This entry was posted in My WordPress Therapy Couch and tagged Alzheimer's, Death, Dying, Family, Life, Love, My heart is breaking over and over, Parkinson's. Bookmark the permalink.

23 Responses to In Lieu of Flowers