Fort Flagler – One Point on the Triangle of Fire

I will never be a historian or a historical writer so if you want the history of the three forts Fort Warden, Fort Casey, and Fort Flagler that make up the “Triangle of Fire” you have come to the wrong place (might I recommend you go here instead.)  If, however, you like photographs of cute boys running around exploring an old fort that was completed in 1899 and used as a training center for solders in WWI and later for amphibious warfare training and maneuvers during WWII and the Korean War, then please read on.

During the last week of summer vacation an old time friend came in from out of town.  The last time she visited us it was BCC (Before Cody/Carter) and we took her on a day trip out to the ocean as well as hiking in the Quinault rainforest.  We also found a strange and very much out of the way semi-real memorial to Kurt Cobain tucked back in a corner of some guy’s muffler shop in Kurt’s home town of Aberdeen, WA.

So the question that hung in the air was, how were we going to top her last visit?  What better than a road trip to visit an old fort. 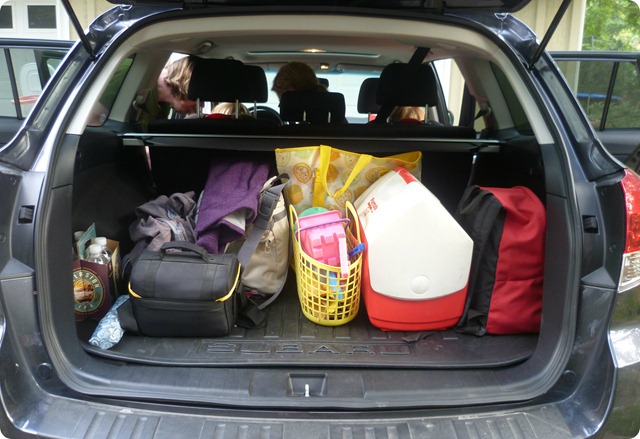 Our friend, Simone, made for a great travel companion.  She fits between the two car seats, no easy feat, thereby making a human blockade greatly limiting the amount of fighting the boys could carry out during our travels.  The boys were very smitten with her especially since she had brought them each a stuffed animal sea lion as a gift, one of which she used as a puppet to talk to Cody’s Kissy Shrimp, using what I can only imagine was the perfect sea lion voice if a sea lion were to speak English.  I did take pity on her part way through the trip and we traded places for a while.  The rest of the time I enjoyed not being the center of my children’s world and pretended that Simone really liked being mauled by two overzealous little boys.

To get to our destination we had to travel over the Hood Canal bridge, the third longest floating bridge in the world.  We had great luck in that the bridge was open to allow some sort of water traffic to pass through.  This meant that we got to get out and stretch our legs.  How often do you get to tell your kids to go play in the road?

After more uneventful driving, we arrived at our destination.  No sooner had we parked and gotten out of the car but Cody and Carter had found, introduced themselves to, and had completely taken over the plum picking activities of none other than the park ranger’s wife out with their two little girls.

The plums were delicious!  The ranger’s wife told us that she thought the plum trees had been planted sometime during WWII.  After filling our pockets with plums we headed off to explore some barracks.

We all had a great time walking around in the old fort construction, sometimes in almost pitch blackness.  We had the forethought to bring some flashlights and the boys had their battery powered toy lanterns (that is until Carter dropped his, the battery compartment opened, and one of the batteries rolled into a floor drain.)

We made spooky noises and listened to our voices bounce off the thick concrete walls.  Some of the rooms had signage spray painted on the walls indicating the use of the room during the time the fort was used.  I found this one to be most humorous and could not help myself from striking an eye-squinting, finger-tented-thrumming pose accompanied by a devious laugh.  Oh it was brilliant!

Unfortunately no one was around to capture my glorious moment of humor on film so you will just have to imagine it for yourselves.  Ah how I crack myself up.

After getting our fill of blackened barracks we found our way to the beach where we had a picnic lunch and flew a kite.  Bellies full, we wandered the beach looking for sea critters.  The boys found some nice seaweed to play with while wading in the water.

Finally we had to pack up and head back home even though we had been planning on visiting Port Townsend and the great Fort Warden.  The next day was Cody’s first day of school and he needed his beauty rest.  We did managed to fit in one last stop on our way home to enjoy an ice cream cone – one must make time for the good things in life, after all.

So if you are ever out our way and feel the need for some fort exploration, might I suggest Fort Flagler during plum season.

*I would like to dedicate this post to Simone.  May you visit us again soon.  I am thinking for our next adventure a gondola ride up to the top of Crystal Mountain and a quest for the perfect Mojito.