Hanging with the Skater Boys on a Tuesday Afternoon

Ever since Carter can remember, he and I have been making almost weekly trips to the local skate park.  When he was a baby and a small toddler he rode in his stroller and later, as the years went by, he walked with me. 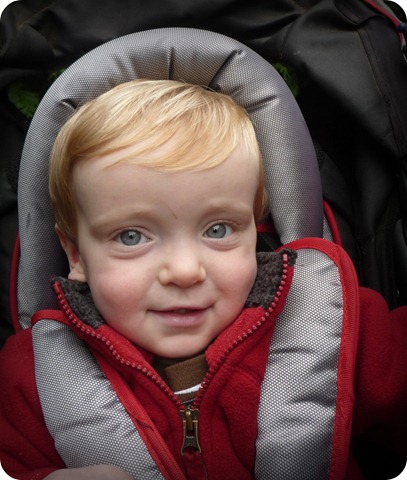 We would go to the skate park for something to do, somewhere to go, during the hour of time that Cody had his physical therapy.  There is not much else around the business complex so the skate park became our hang out.

As the name implies, the skate park is mostly designed for skateboarders but there is a very small playground next to it which we would frequent.  Shortly after Carter started walking he began to show an interest in the skateboarders.  He would take off in his little boy run, his cute diaper padded bottom swaying from side to side.  Up the grassy hill he would dash and I had better be quick to catch up to him.  For at the top of the hill was a narrow strip of concrete and then an immediate drop off, maybe eight or nine feet down of curved concrete forming a large bowl that is connected to the rest of the skateboarding area.  Just standing too close to the edge makes the palms of my hands breakout into a sweat.  He would stand there in awe watching the skater boys (I am not being sexist here; I have yet to see a girl skater) do their tricks.

A couple weeks ago when Cody’s school had started but Carter’s had not (the time otherwise known as the-two-weeks-where-I-about-lost-my-mind-because-Carter- expected-me-to-entertain-him-all-day-long) I thought a trip to a park would be nice.  I asked him where he wanted to go.  Without hesitation he told me he wanted to ride his scooter at the skate park, something he had never asked to do before.

Now Carter is a very active boy but his mastery of the scooter is rather lacking.  Carter, however, does not acknowledge this fact.  I had no idea that he would scoot off into the concrete bowels of the skate park, drag his scooter up a steeply inclined hill, and attempt to skate down it.

Had I not been so busy taking pictures of him (because he is just too darn cute!) I would have realized what was going on in his little mind and may have been able to shriek out a Carter stop!, or a Carter be careful! although in all honestly my warning would not have slowed him down one bit.  Luckily I always travel with a makeshift first aid kit and had packed ample snacks.  (Please feel free to oh and ah in the appropriate manner at the owie on Carter’s knee.)

We hung out at the skate park for over an hour.  During that hour the skate park got rather busy.  I am a bad judge of age but since it was a school day, and much too early in the year to start playing hooky, I assumed most of them were older than high school age.  I was feeling out of my element and gently tried to nudge Carter into leaving but the more skaters that showed up the more fun he was having.  They were all very polite and even told me they would watch out for him.  I was the only female there and was getting more than a few glances.  I should say that I did not feel at all threatened, just very self- conscious.  After I finally bribed convinced Carter it was time to leave I noticed several of the guys looking over their shoulders at me as I was loading up our car.

I would like to think they thought I was cute or cool instead of the-crazy-mom-of-a-four- year-old-hanging-out-at-the-skate-park-on-a-Tuesday-afternoon that I really am.  If they only knew that in my purse was a copy of the Reader’s Digest I was hoping to read while Carter scooted, I am sure my coolness factor would have suffered dramatically.

I am an elementary school teacher, a former microbiologist, a mom to a herd of two boys, and a grilled cheese sandwich and beer connoisseur.
View all posts by Shoes →
This entry was posted in Little Feet and tagged Children, Family, Humor, Kids, Life, Parks, Skateboarding, Skatepark, Skater boys. Bookmark the permalink.