It was a blistering 68 degrees this afternoon in our lovely corner of the Pacific Northwest.  Carter was home with me all day as he does not have preschool on Fridays.  He was tired of watching me wash dishes, do laundry, and scoop out the cat litter boxes (although he does delight in the horror that is cat poo).  Since it was hot, relatively speaking, I busted out the water toys and the water table.  He stripped down to his skivvies put on his water goggles and proceeded to pour water over his head for half an hour.  I sat in the sun and read a journal article on STEM schools (Science, Technology, Engineering, and Mathematics) and the role mathematics play in these classrooms for an upcoming research paper.

It was hot and eventually Carter tired of the sun and wanted to go inside.  I think he was also nearing a grumpy stage because I was not giving him my undivided attention.  We went inside and I realized that, while I had washed all their bedding earlier in the day, it was still lounging around on the couch showing no sign of taking the initiative in its part of the bed making.  I sighed and lugged the mattress covers, sheets, duvet covers, and duvets down the hallway and into the boys’ bedroom.  I was tired.  I was grumpy. And I just wanted to sit down and not study something or cater to someone.

I was mid-straddle of the mattress on the upper bunk wrestling with the fitted sheet and trying not to fall over the sorry excuse of a safety railing when he started in.  Carter was tired.  Carter was hungry.  Carter wanted someone (me) to make him a snack.  He asked me when I would be done.  Repeatedly.

I closed my eyes and counted to five.  Then I gave it back to him (nicely, but with sufficient whining).  I told him that I was tired. I was hungry.  And it sure would be nice if someone made me a snack.  There was quiet from the living room.  I started in on the almost impossible task of putting the duvet into the duvet cover.  Then a little voice asked me what I would like as a snack.  I thought about it.  What could he reach, what could he prepare?  I told him I would like some strawberries, freshly washed.

I heard him get the chair and drag it into the kitchen.  He opened the fridge, got down the strawberries, and washed them.  Then he neatly placed some on a napkin and informed me politely that my snack was ready. 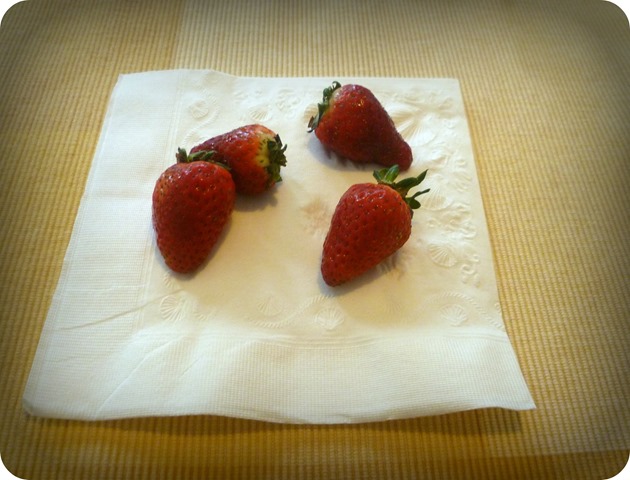 I smiled when I saw my snack, but I was still feeling grumpy from his whining so I made note of the lack of cookie in my snack (an observation he, himself often makes).  He climbed up on the counter, and started looking in the cabinets for the cookies.  He found a small bag of chocolate Hershey’s kisses, probably left over from Halloween, and divided them between us, one for me and one for him and then he placed the odd one at Husband’s place at the table.

We ate our snacks, both of us saving the chocolate kiss for last.

I am an elementary school teacher, a former microbiologist, a mom to a herd of two boys, and a grilled cheese sandwich and beer connoisseur.
View all posts by Shoes →
This entry was posted in Little Feet and tagged Children, Kids, Little moments, motherhood, Outdoors, Pacific Northwest, Parenting, snacks, Spring. Bookmark the permalink.

12 Responses to Sun and Whine