Saturday we celebrated Carter’s birthday (yes, I know it is late, but his birthday fell close to Mother’s Day and one simply cannot compete with that when putting together a party).  He picked out the snack bags and was put in charge of arranging them for the party.  First he sorted them by type. 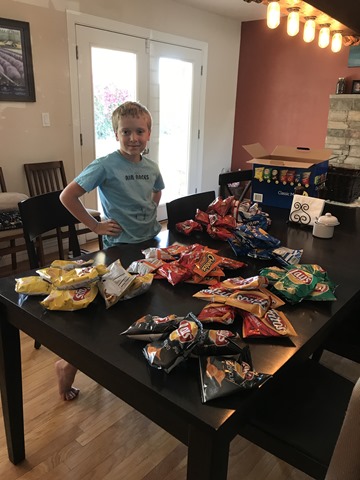 Then he neatly stacked them into baskets.

The Cheetos did not fit so he used them as a boarder.

Carter was also put in charge of picking out the scent he wanted me to use in my doTERRA.  I was busy getting the house presentable so he picked out the essential oil he wanted and hollered to me that his pick was next to his dinosaur.

And so it was. 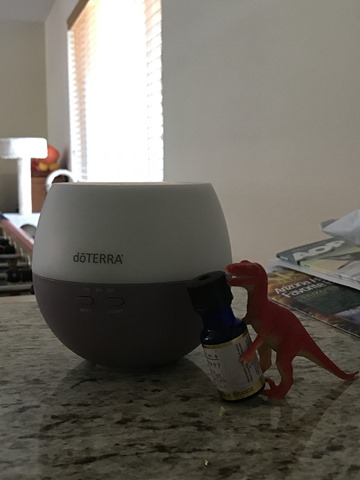 Great fun was had.  The chips were eaten, their organization only minimally disturbed.  The dinosaur remained the keeper of the chosen scent long after the party was over.

I like he dinosaur idea so much I might just use it to display the current scent – much like a music store of old would display on their counter, the CD of the music playing throughout the store.

I am an elementary school teacher, a former microbiologist, a mom to a herd of two boys, and a grilled cheese sandwich and beer connoisseur.
View all posts by Shoes →
This entry was posted in Simple Sunday and tagged Birthdays, Children, Dinosaurs, doTERRA, essential oils, Family, Humor, Kids, Life, Parties. Bookmark the permalink.