Simple Sunday – How to Almost Catch a Leprechaun

It was Carter’s idea.  He wanted to set a trap.  Cody was not as sure, being the big first grader that he is, that Leprechauns even existed but he did not want to be left out of the fun.

Step One:  Locate an Amazon box (Leprechauns are big fans of Amazon and will sometimes catch a ride in an Amazon box to conserve their magical powers of transport.)

Step Two:  Cut the flaps off the box and set them aside to be used as ramps.

Step Three:  Turn the box upside down and cut a smallish hole in the top.  Save the piece of cardboard you have cut out; this will be the trapdoor. 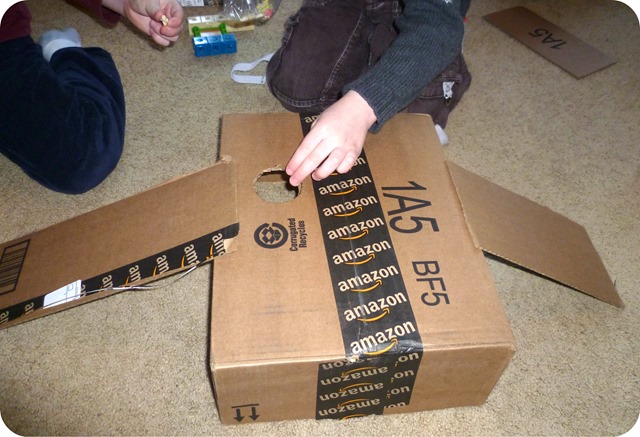 Step Four:  Write something on each flap to alert the Leprechauns that on the top of the box they will find delicious and/or free food.  Place the flaps around the box to make ramps for the little fellows to walk up.

Step Five:  Use magical Leprechaun food to make a trail up the ramps, in this case we used some sort of rather stale breakfast cereal Carter brought home from his preschool class.  There were colorful marshmallows in the mix so if I had to guess, I would say that it was Lucky Charms. 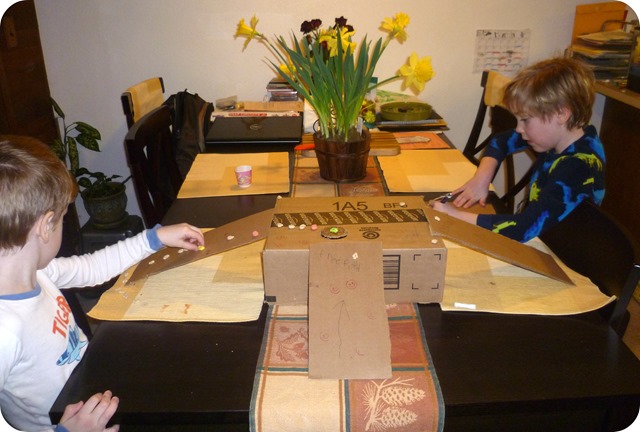 Step Six:  Carefully replace the circular piece of cardboard you reserved as the trapdoor over the smallish hole in the box.  With the greatest of care, place an extra special piece of Leprechaun food on top of the trapdoor.  We used a green marshmallow. 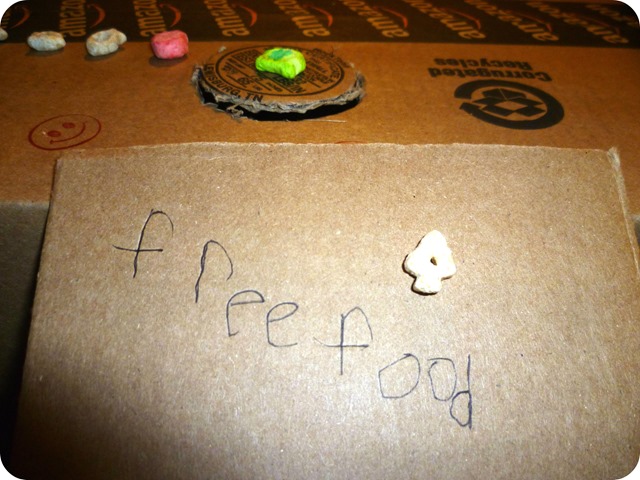 If all goes according to plan a Leprechaun will sneak into your house, see the trail of food going up the ramp and follow it.  When it gets to the top, it will notice the lovely green marshmallow and rush over to eat it.  The weight of the Leprechaun will cause the trapdoor to fall taking the Leprechaun down with it.

The boys woke up this morning and checked on the trap.  They noticed the food had been eaten and the trapdoor had fallen in.  They ran into our bedroom to tell us that they had caught a Leprechaun!  Unfortunately that was not quite true – our trap had failed.

What we did not expect to happen, but what had happened, was that the Leprechaun built a ladder out of toothpicks and dental floss and escaped. 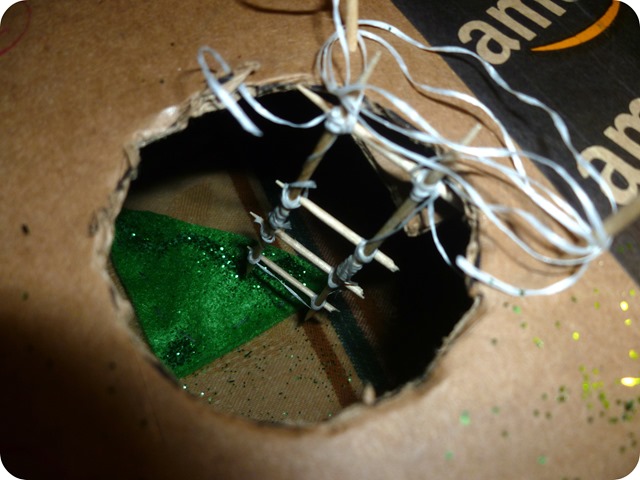 He must have been in a hurry for he left behind not only his ladder but his small green hat of felt and green glitter. 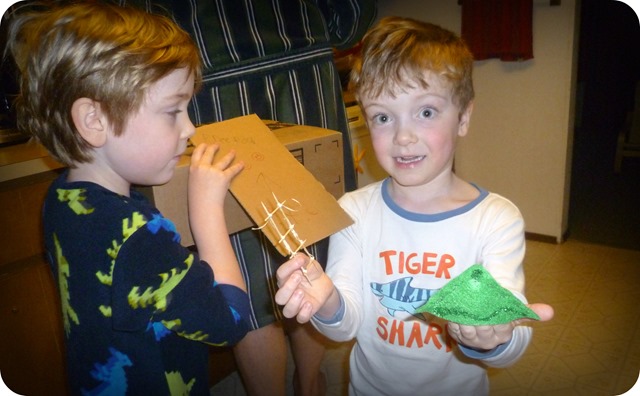 While we did not catch a Leprechaun this year, the boys were pleased that we had captured evidence of the Leprechaun’s existence.

Hope you all have a Happy St. Patrick’s Day!

I am an elementary school teacher, a former microbiologist, a mom to a herd of two boys, and a grilled cheese sandwich and beer connoisseur.
View all posts by Shoes →
This entry was posted in Simple Sunday and tagged Amazon, Children, Family, Holiday, Humor, Kids, Leprechaun, Leprechaun trap, Life, Magic, Parenthood, Saint Patrick's Day. Bookmark the permalink.

25 Responses to Simple Sunday – How to Almost Catch a Leprechaun